Circuit Courts in Northern Virginia have jurisdiction over your divorce proceeding. The courts make specific findings of fact and rulings about the grounds for divorce at the end of the trial. Examples of grounds for divorce in Virginia are “no-fault” divorces, in which there is a period of separation of six or twelve months, and fault-based grounds that are granted if requisite proof is shown of adultery, desertion, cruelty, or conviction of a felony that results in confinement for greater than one year. A court has jurisdiction to divide your assets, allocate your debts, make custody and visitation arrangements for your children, award support payments to your spouse or for your children, and more. Sometimes, upon request of a party, the court may make rulings regarding one or more of these items on a temporary basis. The court can make rulings regarding all of those items on a permanent basis, provided that your divorce lawyer properly requests them, and appropriate evidence is presented at trial. One of the biggest sources of conflict in Northern Virginia divorce cases can be use and possession of the marital residence. 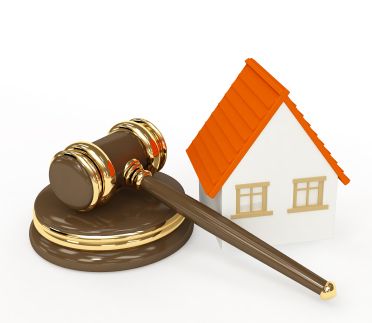 How Does the Court Have the Power?

Your home is an asset just like any other – e.g. your 401(k), pension, investments or other real estate. In Northern Virginia divorce proceedings, the process by which a court divides your assets and allocates your debts is called “equitable distribution.” The courts must follow a rigid statutory test to divide your property. This test is composed of many factors that are written into the Virginia Code. Two of the many factors considered are the contributions made by either spouse to the maintenance of the asset and any fault grounds applicable to your divorce.

A court in your Northern Virginia divorce case can make temporary rulings about your property while the case is pending. If a spouse in a divorce case requests exclusive use and possession of the marital residence, it is possible that the court would order the other spouse to leave and establish his or her own residence. Many different factors are considered by a court for making this award. One especially important issue this bears on is custody. When making temporary rulings regarding exclusive use and possession of the home, the court must also consider who will have custody of the children, and whether they should be moved with the vacating parent.

Where Does the Court Derive its Power?

There is a specific provision of the Virginia Code that gives the court hearing your Northern Virginia divorce case the authority to award possession of the home to either party. The court essentially issues an injunction that requires one spouse to leave. Unlike other injunctions, the award of the marital residence in a Northern Virginia divorce case is not bounded by a test or set of factors for the court to analyze. The court has very broad discretion.

After a judge considers on what grounds it will grant you a divorce (if any), he or she will proceed to divide your assets. At the end of divorce trials in Northern Virginia, a judge can order the house to be sold, order one party pay the other for their share of the equity or order one party to retain use and possession of the home, among other things. Parties are encouraged to settle these matters before proceeding to trial. Most of the time, a court will approve your divorce settlement that includes arrangements you make for the marital residence.