The popular misconception that celebrities receive more favorable treatment in the judicial system has been publicly challenged, as illustrated by “Gossip Girl” star Kelly Rutherford’s battle for custody of her two children.

Rutherford and her former husband, Daniel Giersch, have been fighting for custody of their minor children for over two years. The case has garnered significant media attention due to the fact that the children, both American citizens, were ordered to live abroad with their father in Monaco and France.

Rutherford and Giersch had initially agreed to share custody of their children; but when Giersch’s visa was revoked in 2012, he was ordered to leave the country and cannot return until the visa issue is resolved. The court initially ordered that the children should live with him due to allegations that Rutherford refused to facilitate the children’s relationships with Giersch. As a result, Rutherford has been forced to fly abroad over 70 times in the past few years just to see her children. During this time, Rutherford has been fighting to gain custody of her children and move them back to the United States. 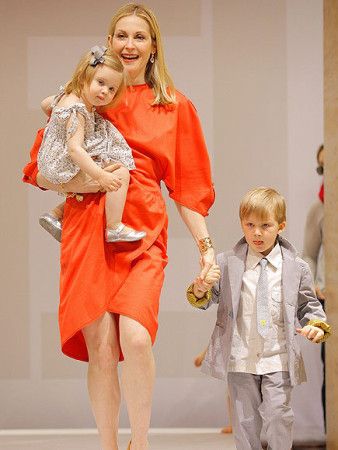 Recently, when Rutherford flew overseas to visit her children, Giersch refused to allow her to see her children and demanded that Rutherford surrender the children’s passports to a third party. Rutherford returned to America and appeared before the judge who, it is reported, awarded her temporary sole custody of the children. According to sources, the children are in fact back with Rutherford in America.

Apparently, there is a remarkable amount of confusion over which court has jurisdiction. During a prearranged teleconference last month, California and Monaco judges debated whether to send Rutherford’s children to Los Angeles because the California judge was unsure he had jurisdiction to address Rutherford’s motions. According to Rutherford’s attorneys, it is obvious that the California court had jurisdiction and that the Monaco court’s continued action in the case did not conform to the Uniform Child Custody Jurisdiction Enforcement Act (UCCJEA)—law that governs which court has the authority to make child custody decisions when more than one jurisdiction is involved—or to the Hague Convention—an agreement to which both the U.S. and Monaco are signatories, and which obligates its signatory countries to recognize and comply with a fellow signatory’s legal custody orders. Rutherford’s attorneys have stated that Giersch improperly petitioned the Monaco court and should have brought his concerns to the court in California.

While a California judge is currently deciding the case, the issue now is whether a New York court may be the more appropriate jurisdiction, as Rutherford lives in New York the majority of the year. Rutherford and her attorneys remain confident that the issue will be resolved soon.

Rutherford’s ongoing custody battle reflects how complicated a family law case can be when it takes on international aspects.

If you are preparing for or involved in a custody battle, you need an attorney who knows the law and who will fight for your rights. The qualified family law lawyers at DiPietro Law Group have years of experience handling all types of custody cases in jurisdictions across Northern Virginia and Washington, DC. Contact us to schedule a consultation today at (888) 530-4374.