The focus of my last couple of blog posts has been obtaining and modifying an order of child custody. This conversation predominantly revolves around which court has jurisdiction to enter custody orders. Typically, the initial custody determination is made by a court in your child’s “home state.” However, if your child has been absent from their home state or moved around a lot with you or your ex-spouse, then the state where your child has lived in the six months leading up to the custody petition will have jurisdiction to make this initial custody determination. 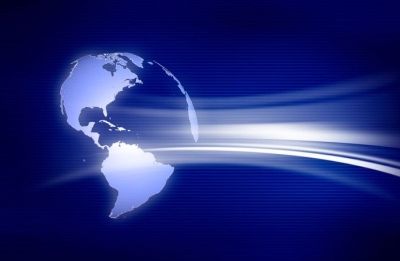 But what if your child has been living out of the country for at least six months leading up to the filing of your custody petition?

For example, let’s suppose John and Jane are married and have a 9-year-old son, Jack. Jack was born in Canada, but moved to Virginia with his parents when he was four years old. After living in Virginia for five years, John and Jane split-up and Jane moves back to Canada with Jack. Seven months later, Jane files for custody of Jack in Canada while John files for divorce in Virginia and also asks for custody of Jack. Which court has jurisdiction over the custody issue, the court in Canada or the court in Virginia?

Under the Uniform Child Custody Jurisdiction and Enforcement Act (UCCJEA), the court in a child’s home state has jurisdiction to enter an initial custody order, unless an exception applies. These exceptions include emergency jurisdiction and inconvenient forum, which I discussed in a previous blog.

But can another country like Canada be Jack’s home state under the UCCJEA? The answer is yes, foreign countries are considered “states” for the purposes of the UCCJEA.

Because Jack has lived with Jane in Canada for over six months prior to John or Jane’s filing for custody, Virginia has lost home state jurisdiction and the court in Canada has jurisdiction to enter the custody order.

As you can see, interstate and foreign custody battles are time-sensitive and can become rather complex. If you are involved in a custody dispute where you or you former spouse wants to move your child out of the country, you should contact a family law attorney right away. The qualified attorneys at DiPietro Law Group have experience handling all types of family law cases. Contact one of our attorneys today at (888) 530-4374 to schedule a consultation.