The laws that govern divorce cases in Virginia provide a framework for the dissolution of your marriage, division of marital assets, allocation of marital debts, spousal and child support awards, and custody and visitation awards. Each of those matters, which are ancillary to your Northern Virginia Divorce proceeding, is governed by a set of rules. Though broadly the sets of rules fall under the framework of domestic relations, or more specifically divorce, each one has unique criteria for the court, and your Northern Virginia divorce lawyer, to evaluate. 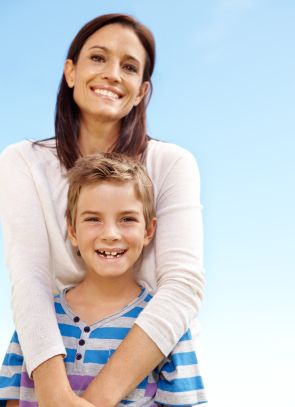 The formal name for division of property in a divorce is “equitable distribution.” It is simply the process by which a court divides your marital assets and allocates your marital debts. The Virginia Code sets forth a set of factors that the court must use when dividing your marital property in a Northern Virginia divorce proceeding. The intent behind the framework created by the statute is to divide your property and obligations equitably, or fairly, as the name of the process suggests. The law is designed to help the parties to the Northern Virginia divorce proceeding, and has nothing to do with your children.

If negotiation and alternative dispute resolution processes fail, and your case goes to trial, the court will make rulings about spousal support after it makes rulings about equitable distribution. Your Northern Virginia divorce lawyer can describe the process in more detail. The laws are designed to balance the economic disparity between the spouses after divorce, career sacrifices made by spouses for the marriage, and several other specific criteria. The process by which a spousal support award is made in a Northern Virginia divorce case is similarly governed by a statute containing factors the court must consider before making a spousal support award. The court also considers non-monetary contributions made by both spouses to the marriage; or sometimes negative, non-monetary factors that caused the divorce. The law governing spousal support in Northern Virginia divorce proceedings, similar to the law governing equitable distribution of marital property, benefits the spouse who receives the award and does not have anything to do with your children.

The determination of child support in Northern Virginia divorce proceedings is governed by the most rigid statutory process. Here, not only is there a statute with guidance for the courts, there is actually a table that lists the minimum amount that must be paid, that is based on your income and some allowable expenses. It is a fairly straightforward determination, but can become more complicated in cases where an individual is self-employed, a child has special needs, or an adult-child (over the age of eighteen) still requires support because of ongoing special needs or disabilities. Though the monthly payments of child support are typically paid to the custodial parent, the money is for the benefit of the child. Rights to obtain child support cannot be waived as part of your divorce settlement, because under Virginia law, the child has a right to support from both parents, even after you are divorced.

Different rights are governed by different processes. Divorce can be emotionally and financially draining, and complicated. Contacting an experienced divorce lawyer in Northern Virginia is the first step to making sure your case is handled properly.