Determinations of child custody and visitation arrangements, in a Northern Virginia divorce proceeding, Washington, DC divorce proceeding, or independently, have the potential to be very difficult to negotiate and bring to resolution. Matters spouses and parents are forced to resolve upon separation, such as division of property and spousal support, are less-primed for conflict because parties can assign monetary values to achieving certain outcomes. Success in Northern Virginia or Washington, DC divorce litigation requires the utilization of multiple cost-benefit analyses that your family law attorney can help you complete. For example, you would not be inclined to spend more on attorney and expert fees than an asset was worth. Child custody litigation is not bounded by dollars and cents, because it is impossible to assign a value to your children. Child custody disputes have the same alternative dispute resolution methods available, such as traditional negotiation, mediation and the collaborative process. Use of these alternative dispute resolution vehicles in Northern Virginia and the District of Columbia is encouraged, but some cases must be resolved through the courts. Some basic things you should know about child custody proceedings are: which courts can hear your case, what to expect, and how long it takes to resolve your child custody dispute. 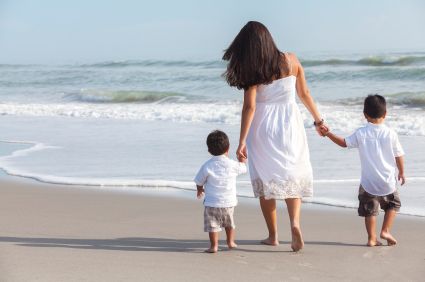 Where Will my Child Custody Case be Heard in Northern Virginia and the District of Columbia?

The Uniform Child Custody Jurisdiction and Enforcement Act (“UCCJEA”) is a uniform statute that has been adopted by most states, including the Commonwealth of Virginia, and the federal city of Washington, DC. It is a jurisdictional statute, and is mostly used to determine where your case will be heard. Parents often live in different states. So if one parent resides in Virginia with the children and the other parent lives in New York, which state has jurisdiction to hear the case? The answer depends on where the children have lived for at least the last six months, whether a court order is in place where a parent lives, or if an emergency situation (one affecting the health, safety or welfare of the child) exists. Jurisdictional disputes are common in child custody litigation. The requirements of the UCCJEA are fairly rigid and are designed to prevent parents from moving their children across state lines without consent, and to deter kidnapping. The UCCJEA requires that courts in different states communicate, under certain circumstances, if cases are filed by both parents, or an interested third-party, in multiple jurisdictions. The determination of jurisdiction is complicated, and the advice of a Northern Virginia or Washington, DC child custody attorney should be sought as quickly as possible if an issue arises.

What Should I Expect Once I File the Case?

Child custody cases, like most other family law issues in Northern Virginia and Washington, DC, are very fact-driven, and each one is unique. There is no particular script your case will follow. Fortunately, some cases are resolved through traditional negotiation between parties or alternative dispute resolution methods, such as mediation. Custody cases that proceed to trial encounter many of the same processes as other civil actions. Discovery, working with experts, locating witnesses to testify on your behalf, and preparation of exhibits are a few things you and your child custody attorney will do. Working with a Northern Virginia or Washington, DC child custody attorney you feel comfortable with is the first step to make sure you are not at a disadvantage in child custody litigation.

How Long Will It Take?

The legal system moves very slowly. Once a case is filed, it could take up to a year to reach trial, though it usually can be settled at any time prior to trial. If you are filing for custody, visitation or for a modification of an existing custody and visitation arrangement, you can expect to wait several months to a year for relief. Though temporary orders can be entered, most courts in Northern Virginia do not make custody changes until the trial to avoid hearing the same case twice. Nonetheless, sometimes emergency situations or other special circumstances will prompt a court to take action on a temporary basis while your case is pending. A Northern Virginia or Washington, DC family law attorney can help you put together the best case possible, and bring it to resolution in an efficient manner.