Understand Your Rights in a Military Divorce Proceeding

Most of us are familiar with the expression, “there’s the right way, the wrong way, and the military way.” Military divorce, and the way the military handles other family law issues is no exception. How much a spouse receives in support payments while a military divorce is pending, how the military pension is split and eligibility for health insurance benefits, are usually dictated by federal law and military protocols. Problems can occur during military divorce proceedings for people who do not understand what their rights are. Sadly, uninformed spouses can waive rights they have; likewise, uninformed military personnel can give away too much. 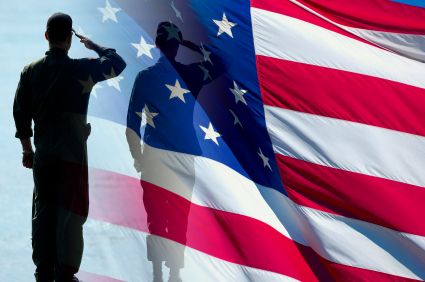 A very important financial issue in a military divorce is division of the pension. It seems simple on its face – courts can use a formula to calculate what the spouse’s entitlement will be. However, understanding what the full-range of options for division of that pension in a military divorce is critical if you are trying to obtain the best settlement or trial result possible. Pensions are treated like property in Virginia military divorces. Provided your attorney filed the Complaint appropriately, the court will have jurisdiction to divide a military pension. This has to be done whether or not your case actually goes to trial.

Parties in military divorce actions have the ability to give more of the pension, or less (and vice versa) than the law allows. Rights to pensions can be waived, or servicemembers can choose to award his or her spouse more than the law requires. Rights to survivor benefits and rolling the credit earned in the military toward a civil service or other eligible pension, can be shared by a spouse, and negotiated by a military divorce lawyer. A spouse can share in a future civil pension earned by the servicemember, even if a spouse does not actually retire from the military.

Spouses are usually entitled to support payments and insurance without an order from a civilian court in a military divorce. Servicemembers receive monthly entitlements that continue through the separation period and until the final divorce decree is entered. These payments are calculated depending on geographic location of the servicemember, the number of children the family has, and any other relevant entitlements, for example, “flight pay.” This can make things easier during a separation leading up to a military divorce.

Custody and visitation are just as complicated in military divorces as they are in proceedings involving civilians. Deployment schedules, relocations, and other involuntary movements can make things difficult to plan, and sometimes difficult to settle before trial. The number of possible scenarios that could arise related to custody and visitation issues in military divorces make it impractical to discuss here. Courts will apply the same statutory factors from the Virginia Code that they do in civilian cases.