The Hague Convention was a product of the Hague Conference on Private International Law, and was approved in 1980. It provides a remedy for parents in Northern Virginia and in foreign countries which have become members to the treaty, to have a wrongfully removed child returned back to their home country, and is a primary tool in the resolution of international custody disputes and international parental kidnapping. The Hague Convention determines where an international child custody case will be heard, but does not have provisions for determination of the underlying custody and visitation dispute. The underlying custody issues are litigated and decided by courts in the country where the child is returned to, or where the child is permitted to stay, provided certain defenses apply. For example, if your child is wrongfully removed from Northern Virginia to England, and a Hague Convention tribunal orders the child returned to Northern Virginia, a subsequent custody and visitation case would usually be heard in the Juvenile and Domestic Relations District Court, or Circuit Court where the child resides.

How Much Time Do I Have to File a Petition for Return? 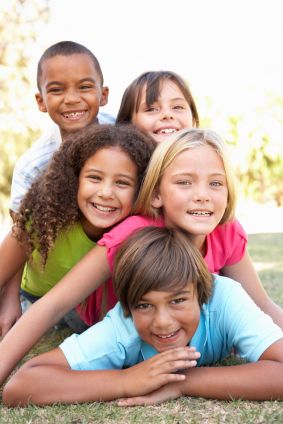 As with most other legal issues, the sooner dealt with the better. Barring certain defenses, including, but not limited to the risk that the child will be psychologically or otherwise harmed, in some cases the objection of the child, or consent of the other parent, an aggrieved parent in these types of Northern Virginia international custody law matters, has one year to bring their claim in which the court must order the child back, unless a valid defense is presented. If one year has passed, the tribunal set up pursuant to the Hague Convention still can order the child back, but must first consider if the child has become settled in his or her new home. This can place an aggrieved parent at a significant disadvantage.

When Does the Clock Start on the One-Year Deadline?

A serious problem can arise if the parent who removed the child to another country conceals the child’s whereabouts. How can you file a Petition for Return if you do not know where your child is? Should the one-year clock begin after you determine the child’s location? These are some of the questions that the United States Supreme Court will decide after hearing oral arguments on December 11, 2013. Article 12 of the Hague Convention lays out the one-year rule, and the “now settled” exception. The question is whether the one-year deadline is a statute of limitation. You are probably vaguely familiar with the phrase “statute of limitation.” It is basically a period of time in which you can bring your case, and once it expires, you cannot bring it anymore. Sometimes, under U.S. law the clock does not start ticking until you are aware that you have a case to file, or you are able to do so. But under Article 12, your case may still be brought, however, the other parent may be able to use the extra time to their advantage, and establish the child in a fashion that would constitute “now settled.”

In these types of international child custody and abduction cases, it seems that seeking relief within one year provides an aggrieved parent with a very different path to a remedy than if they were to file after one year with respect to hurdles they must overcome. A distinct disadvantage can be created by the clandestine actions of an offending parent. It also begs the question – what if the other parent is hiding for a good reason? After all, one of the defenses to return of the child is that they will be subject to grave risk of harm. Perhaps instituting a threshold analysis to determine whether there was good reason to surreptitiously remove the child that is consistent with the defenses to automatic return to determine when the one-year period begins would satisfy both concerns.

The case is Lozano v. Alvarez, and a link to the briefs and other related documents can be found here: http://www.scotusblog.com/case-files/cases/lozano-v-alvarez/