Couples in Northern Virginia proceeding through contested divorce and custody cases can endure high levels of emotional and financial stress. It is often the case that family discord begins long before any petitions or complaints for divorce or custody are filed in Northern Virginia’s Juvenile and Domestic Relations District Courts or Circuit Courts. The outset of a divorce or custody case can bring parties to a new level of conflict and discomfort. So long as a case remains in a high-conflict state, these feelings typically do not subside. When parties are unable to resolve their contested divorce or custody cases through traditional negotiation, meditation or the collaborative process, the last resort is a trial. The trial usually results in final rulings made by a judge. Domestic relations and family law cases that are heard in Juvenile and Domestic Relations District Court and Circuit Courts in Northern Virginia, or anywhere else in Virginia, are not decided by juries. Judges are charged with the very difficult task of hearing evidence presented by family law lawyers for a few hours up to a few days and then making a decision that will have long-term consequences for the family involved. Parties often finish family law litigation dissatisfied with the final result. Unhappy parties usually want to know whether an appeal of their family law decision is appropriate. 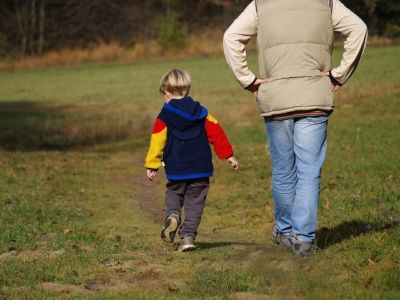 What am I Appealing?

There are certain rare cases when appealing an order issued during a divorce or custody case, that is not a final order, is appropriate. Typically, parties appeal orders that are final, or at least as final as they get in the family law context. Orders that divide property and allocate debts (known formally as “equitable distribution” awards) issued at the end of a trial in a Northern Virginia divorce case are “final” in the true sense of the word. However, orders issued that bear on custody, visitation, and spousal or child support, may be modifiable in the future upon showing of a change in circumstances, and other evidence. Custody, visitation, spousal support and child support orders, though modifiable in the future, are appealable at the end of a case as well.

Does It Make Sense to Appeal?

A question that you should discuss with an experienced family law attorney is whether your appeal has legitimate issues for the Court of Appeals of Virginia to consider. Mere unhappiness with a ruling from your divorce or custody case is not sufficient grounds. The Court of Appeals of Virginia will evaluate your case, after arguments are made in writing and orally by your Northern Virginia family appellate lawyer, and decide if the Circuit Court made an error when it decided your case. Appealing a case is a long process, and it is rare that cases are heard on an expedited basis. Whether it makes sense to appeal is a decision that should only be made after consultation with an experienced family law attorney.

A decision whether to an appeal a family law ruling in Northern Virginia is one that should be made with the assistance of an experienced family law lawyer.