Intercountry adoption can be an incredibly exciting and rewarding experience in the area ofinternational family law. Adoptions generally are exciting and happy times for families. Intercountry adoption, which is also commonly referred to as international adoption, by definition, invokes the interplay between the laws of two sovereign nations. Sometimes, the two nations are members to a treaty that governs the process, or one country is a member while the other is not, or perhaps they are members to different treaties. For example, the United States has signed and ratified the Hague Convention on Protection of Children and Co-operation in Respect of Intercountry Adoptions. The Russian Federation is a member to the United Nations Convention on the Rights of the Child (CRC). The former Soviet Union originally joined, and Russia continued after its breakup in 1991. The United States actually signed the CRC, but did not ratify it. 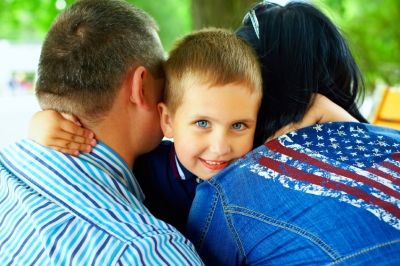 The breakup of the Soviet Union brought unfavorable political and economic conditions, and higher birthrates. Since 1991, approximately 60,000 Russian children have been adopted by parents in the United States. The vast majority of these adoptions are successful. One adoption that took place in Texas ended tragically. It raises many questions about the intercountry adoption process between the United States and Russia, as well as questions around the issue of whether foreign international family law judgments should be recognized by the United States, or vice versa.

The Shatto family in Ector County Texas, adopted two Russian boys, Max and Kirill. Like many children who wait for adoption in orphanages, these two boys had been taken from their biological mother by the local department of social services. The biological mother had serious problems with alcohol and reportedly drank heavily while she was pregnant. Her son Max, now tragically deceased, had significant developmental and behavioral issues. The behavioral issues were the most disturbing, and consisted of the child engaging in self-injurious behavior such as hitting himself, banging his head against walls, and attempting to gouge his own eyes out. His short life ended suddenly one day, when his mother left him and his brother playing on a swing-set for five minutes while she used the bathroom. An investigation by law enforcement and social services determined the cause of death to be accidental and likely the result of blunt-force trauma caused by falling onto playground equipment. The Shatto family was unaware of many of Max’s medical problems prior to bringing him home. This raises the question of how prospective adoptive parents can obtain more information. Should children be evaluated more closely, especially when they are at higher risk for disorders such as fetal alcohol syndrome, should there be more transparency in the process prior to the adoption, or both?

The second question is purely legal: Is there an obligation to enforce a judgment in the United States that was rendered by a court in Russia? In this case, the death of Max spurred outrage in Russia. The adoption of his brother Kirill was nullified by the Pskov Regional Court on December 23, 2013; this was the same court that granted the adoption to the Shattos. In Russia, intercountry adoptions begin by a local adoption of the child. This is required under Russia’s Family Code. After the adoption takes place, the parents apply for the child to have permanent residence status in the United States, and upon this being granted, in the case of Russian adoptions, the children are granted citizenship. The parents at this point have legal custody of the children as well. The short answer is that absent some sort of fraud to nullify the judgment, the Russian judgment has no effect in the U.S. Another circumstance that would provide for enforcement would be a treaty between two nations for the enforcement of judgments; currently none exists between the U.S. and Russia.

This may be one of the saddest cases international family law has ever seen. It raises many questions about the intercountry and international adoption process.