Virginia family courts, in overseeing proper division in divorce cases, strive for what is known as “equitable distribution.” This means judges seek to divide the marital assets fairly. However, “fair” and “equitable” are relative terms, and the court will give careful consideration to each party’s monetary and non-monetary contributions to the acquisition of property, in addition to the child custody arrangement and each party’s earning potential. 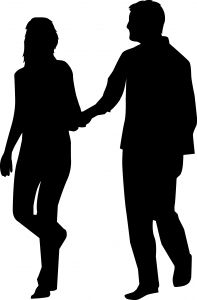 So let’s say the husband is a stay-at-home dad and the wife is the primary wage-earner. Just because the wife brought in all or most of the income to purchase the assets, the court considers the husband’s contribution to the home in divvying up the property. That means each will likely get a fairly even share of assets, all other factors aside.

But while the courts strive for fairness, our Fairfax divorce attorneys know they will not always reach a conclusion of complete equality. A good example was seen in the recent case of In re: Marriage of Rintoul, weighed on appeal by the Montana Supreme Court. Although this is an out-of-state case, Montana too follows the principle of equitable distribution in divorce cases.

According to court records, the pair in this case were married nearly four decades before filing a petition for divorce in 2012. For a significant portion of that union, the pair together owned and operated a vehicle repair shop, which was sold in 2003. The husband worked as a mechanic, while the wife was a bookkeeper.

Both parties worked long hours, making a combined salary of $40,000, though all of that was reported as the husband’s income for tax purposes. While this salary would have supported the two, it would not have permitted the accumulation of substantial assets that the two acquired during the marriage.

Specific fact-finding in the case revealed the vast majority of the assets in the union were either gifts from the wife’s family, or were purchased with money she inherited. Additionally, the pair occasionally used money from the wife’s trust fund for living expenses.

A bench trial was held, and the district court determined the wife should receive three-quarters of the marital assets belonging to the marital estate.

The husband appealed, arguing it did not matter that marital property was acquired through inheritance or gifts, and that it belonged equally to both of them. Therefore, he argued, he should receive a more equitable share.

The court allows that for pre-acquired, gifted or inherited property, it may be considered part of the marital estate for the court to weigh it against nonmonetary contributions on either side and the extent to which such contributions facilitated the maintenance of that property, and whether the division of property serves as an alternative to maintenance.

The court did not indicate that gifted or inherited property had to be equally apportioned between parties, but rather it is worthy of consideration in the marital estate.

The primary assets in dispute in this case were two properties – the marital home and a vacation property. The family home, valued at $190,000, was gifted to the couple by the wife’s father, and was located approximately one mile from his home. The vacation property, valued at $525,000, was also gifted to the couple by the wife’s father, after it had been inherited by him decades earlier following the death of his own father, who had lived there until he died. It’s worth noting that with regard to the vacation property, the father still paid for most of the upkeep. A trailer located on the property was purchased with funds inherited from the wife’s mother after her passing.

The court distributed both properties to the wife in the divorce.

There were also four retirement accounts, which held $41,000 of jointly-contributed funds, and another $120,000 derived from the wife’s inherited funds. Those accounts were split nearly equally, though the wife did receive a slightly higher amount.

The state supreme court affirmed these rulings, finding the wife had contributed more financially, both contributed equally in terms of non-financial contributions and the husband had a greater future earning power than the wife.

These matters are often complex, and outcomes may vary from jurisdiction to jurisdiction, and even from judge to judge. It’s imperative to have a strong legal advocate on your side.